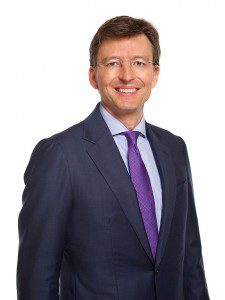 Gerben-Jan Gerbrandy was elected in 2009 and 2014 as Member of European Parliament for D66. He is member of the Parliamentary Committee on Environment, Health and Food Safety (ENVI), the ENVI coordinator for the liberal group (ALDE), a substitute member of the Committee on Industry, Research and Energy, and a substitute member of the Budgetary Control Committee. In addition, Mr. Gerbrandy is a member of the delegation to the EU-Russia Parliamentary Cooperation Committee and the delegation for relations with the People´s Republic of China. Mr. Gerbrandy´s main activities concern the transition to a sustainable economy, climate, biodiversity and energy. Moreover, he was the Parliament´s rapporteur on the effort sharing regulation and the rapporteur of the Parliament´s inquiry committee on Dieselgate. He studied public administration at Leiden University and at the University of Scranton in Pennsylvania. Mr. Gerbrandy began his career as a political assistant to Joris Voorhoeve, former director of the Clingendael Institute. From 1994 to 1998 he was the personal assistant of Doeke Eisma, MEP for D66. After his work as political secretary of the Dutch parliamentary group of D66 he was a senior political adviser at the Dutch Ministry of Agriculture, Nature and Food Quality.